This past weekend I went down to Houston with fellow CFDC athletes Chase Ingraham and Anthony Mungioli to compete in Oktoberfest Obliteration. Anthony called me on Friday night and told me he found out what the first workout would be. My jaw dropped when I heard it.

I usually do thrusters at 95#; twice I’ve done workouts with 115. I was a little nervous about the heavy thrusters but was confident that I could do the rest of the WOD without any trouble.

I arrived at the competition around 7am and met some of the other athletes who were competing. Everyone seemed pretty relaxed but I was glad to see I wasn’t the only one worried about the thrusters. I was in the first heat along with Anthony and 9 other competitors.  Next we hear “3-2-1- GO” it was off to the races. Anthony and I finished the 400m run in the front of the pack and quickly moved into the thrusters. I think I was on rep 7 or 8 when I see Anthony move onto the row. Damn that guy is strong. I finish out my thrusters and hop on the rower. While I’m rowing I notice that I am in 8th out of 11 because there are 3 people still doing thrusters. Next up is the cleans and I knock them out without much trouble. I feel like the other guys are losing a step but I keep a steady pace and move to the halfway point.

Next the jump ropes. I felt like this part of the workout was a little ridiculous. 200 single unders? Really? In my time crossfitting I’ve never had a workout that called for single unders. Typically workouts call for double unders which are much harder and require a decent amount of skill in the activity. A 6 year old can knock out single unders all day. I feel that double unders would have helped separate the athletes a little more but I digress…I knocked out the jump ropes no problem (I think everyone saw this as a time to rest and get some air) and it was back to the heavy weights.

The guy directly in front of me was kicking my ass the whole time, and when I get back I see that he is only a few reps ahead of me and resting a little too long between reps. This triggers something and I do everything I can to pass this guy in the second set of cleans. On number 15 I can’t get the weight up to my shoulders all the way. I reset, take a deep breath, and knock out the last rep.  I quickly jumped back on the rower one last time and knocked out the 500m.

Now it was on to the last set of thrusters. I get behind the bar and see Anthony is already on his run; crushing the rest of the heat and finishing with a time of just over 16 minutes; he finished 3rd overall for the first workout. I don’t even think Anthony went as hard as he could have… Anyways; I’m pretty damn tired at this point. The first set of thrusters were rough and I was fresh, so I knew this would be the hardest part of the workout. I knock out the first 4 thrusters without dropping the bar and I’m getting excited. I think to myself “I can’t believe I just did 4 in a row, maybe I still have a shot.”  The rest of the way it’s 1 or 2 reps at a time. My judge is counting down and yelling and all I want to do is finish this freaking workout. As I get into the teens the bar gets heavier and heavier. I knock out the last rep and haul ass for my last 400m run.

When I start the run I see that there are about 5 guys ahead of me. They all look dead and this motivates me to catch some people. I ran hard for the first 200 and gained some ground and sprinted (probably didn’t look like much of a sprint) the last 200 which allowed me to pass about 4 guys in the last 100m. I finished 4th in the heat with a time of 20:38. I was pretty happy with my time but there were still two more heats and I had to finish in the top 10 to make it to the final workout.

Chase was in heat two and dominated the workout like it was his job. He had the second fastest time for all the heats and came in at 16:03. Chase is a beast. (A little side note: I rested the two previous days. Chase on the otherhand got a 40# front squat PR yesterday. Who does that? Beast status confirmed)

The 2nd and 3rd heats are completed and I ended up finishing 16th overall. The top 10 guys all finished the first workout under 19 minutes. I didn’t meet my goal of making it to the final workout but I’m extremely happy with my performance. If you would have asked me to do 30 thrusters that heavy a month ago I would have laughed in your face. All in all, I’d say the day was a win for me.

The final workout looked a little something like this

The workout started out with all the athletes doing about the same. Anthony and Chase looked strong but it was Chase who finished the wall ball shots first; quickly followed by the rest of the field. The rest of the guys are all moving pretty quick until the 30 renegade Man-makers. This is done with a 35# dumbbell in each hand. You start by standing with them hanging by your side. You then take the dumbbells down into a pushup position, execute a push up, pull the left dumbbell up to your body and bring it back to the ground, then do the same with the right, then you stand back up, clean the dumbbells to your shoulders, and press them overhead. That is one rep.

This is where most of the athletes started to break down. Chase was not one of these athletes. Chase is cruising through and I notice that he is hardly resting at all. At one point he tries to rest and I yell at him that everyone is catching up. He knew he had a slight lead but he doesn’t realize how much everyone else is resting. I continue to tell him that people are catching up to him and he somehow speeds up even more. The kid is a freak. Chase completes the man-makers, picks up his sandbag, runs the 400 and finishes before another athlete even starts the run. Dang son.

Chase brought the gold home for CFDC. The way that he dominated the last workout will definitely have some people looking out when regionals come around next year.

I want to give some special thanks to CrossFit Champions for organizing the competition and also to Carlos from CrossFit Houston and Jim & Grace from Atomic CrossFit. I can’t tell you how much I appreciate your support and I look forward to future affiliate gatherings.

All photos courtesy of Clear Lake CrossFit. For more of their sweet pictures go here 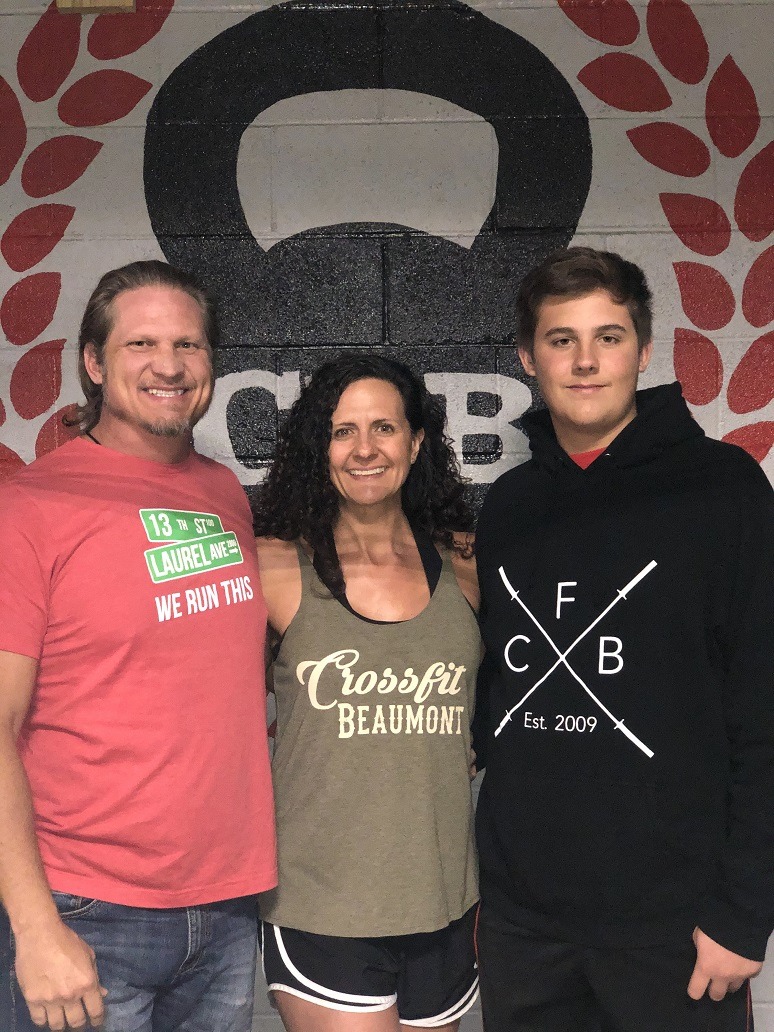